A Cystinosis Journey by Gail Potts 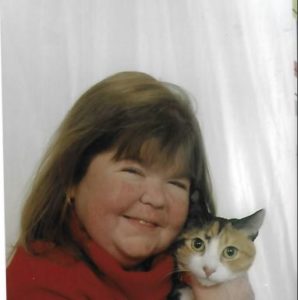 My daughter, Deanna Lynn, was diagnosed with cystinosis 46 years ago in Houston, TX.  At that time I did not know of any support group and no one had ever heard of cystinosis. Of course the diagnosis was devastating to us. We learned of early research taking place in NY and moved back to NJ. My husband, Jack, and I handled her care alone as well as raising our son, Craig. In NY we met one other family with a son who also had cystinosis, but never stayed in touch. They left the medical team at NYU and we never learned where they went.  Confidentiality issues prevented me from finding out to where they had moved.

We traveled along this emblazoned trail alone until Lynn was a teenager at which time we became acquainted with the NIH and the Cystinosis Foundation, which let us know we were not alone in this journey. We attended some early conferences and met several other families, some of whom I have now reconnected with since joining on the Cystinosis Research Network Board. 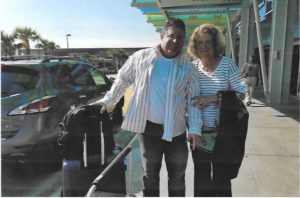 Much later in Lynn’s life I met a wonderful woman, Pat, who became one of my closest friends and supporters. She would offer to spend the night at the hospital with Lynn so I could go home and rest. As most of you know the importance of having an advocate with you always while hospitalized, especially with a rare disease. We as parents or adults with cystinosis have to educate the professionals about the disease.  Pat would just show up with a meal to the house. She supported me during the Lynn’s last days and after her death. She is an angel.

In honor of Pat and all of the “Great Givers” who’ve had an impact on our cystinosis community, please consider a donation to our Giving Tuesday campaign. You can learn more on our event page.

Let us help connect you with other individuals/families near you.

See what’s going on in the cystinosis community.

Your contribution funds research for improved treatments, and ultimately, a cure for cystinosis.

Subscribe today to receive updates on the latest news and events.